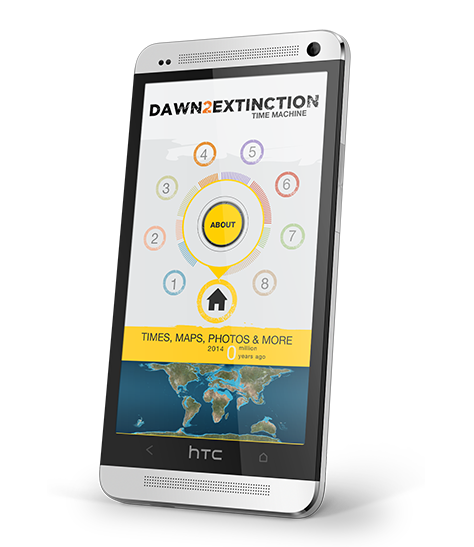 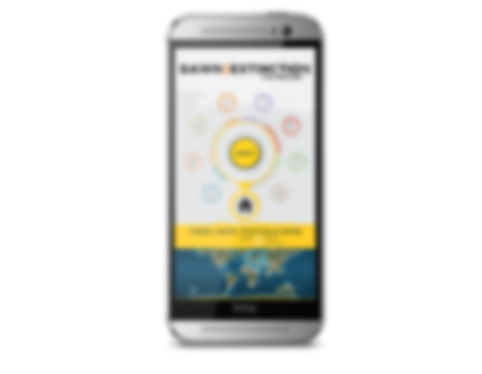 There are tons of arguments for not visiting a museum. Even such an entertaining one as ArtScience Museum (Singapore) with Dinosaurs: Dawn To Extinction exhibition. People say the artifacts are boring, the atmosphere is funereal and there is nothing fun. What an ideal possibility to make a difference with the help of the up-to-dated technologies and a little imagination! An interactive menu of the application contains 8 features, with 6 being unlocked within the zoo when aiming their phone cameras at designated digital zones. One feature is unlocked when the phone camera is outside of the museum, and the last one by aiming the camera at the brochure. This is how the application helps to personalize your dinosaur experience for different parts of the exhibition, and completes the visit.

Augmented reality is the most entertaining feature

An interactive element that can be unlocked for more immerse and interactive experience is “Croc-o-Attack” feature. It enables you to point at the empty hall and watch an epic battle of reptiles. User controls animation based on Gyroscope – he tits camera left or right like a play station driving game, and it plays the movie towards or backwards. This is an astounding experience that demonstrates the power of the up-to-dated technologies, entertains and teaches at the same time. The most entertaining features that exploit augmented reality were developed with the help of Vuforia – vision-based augmented reality platform. The original plan for the application was even more fantastic. It was creating AR (augmented reality) dinosaurs all over the city using a ubiquitous marker such as stop sign. Users had to be able to pose next to T. Rex and share their photos on social media to create buzz. 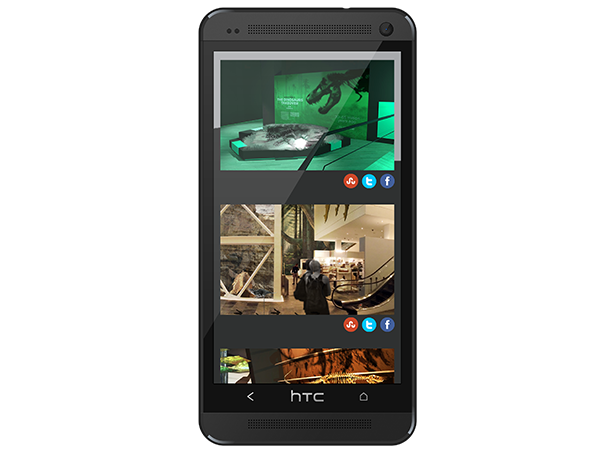 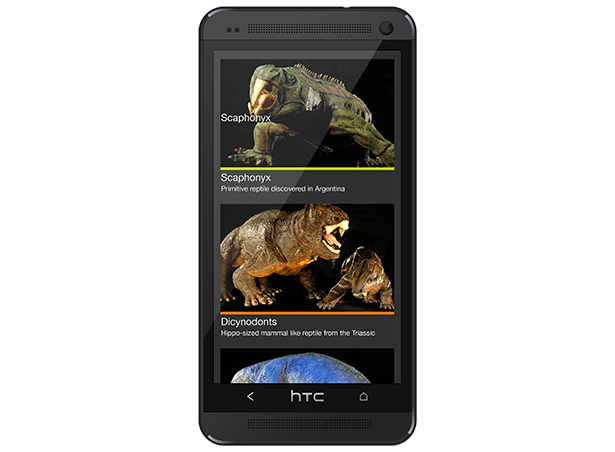 Other features that can be unlocked: 1) 360* panorama of the environmental changes over hundreds of millions of years creates a life-like illustration making it look like a cretaceous jungle. 2) “Diggin Dinos” - Digging up a dinosaur. Users use their fingers to interactively scrub out the rock revealing a skeleton. Once the skeleton is completely exposed, an animation is played with the bone-puzzle assembling itself. 3) “Dino Demose” – watching how the environment around you transforms into fire, ash or snow helps the visitors to feel how the extinction phase could possibly looked like. 4) “Scare a dinosaur” in an augmented reality photo experience 5) And the last one to enjoy is a “Daily Dino” treat with Dinosaur trivia, exclusive promotions at ArtScience Museum, Dinosaur ringtones and even unique Mobile Wallpapers. 6) “Paint the Past” - a coloring game to paint the dinosaur in the application. A user selects colour from several art pallets and interactively paints the AR (augmented reality) dinosaur.